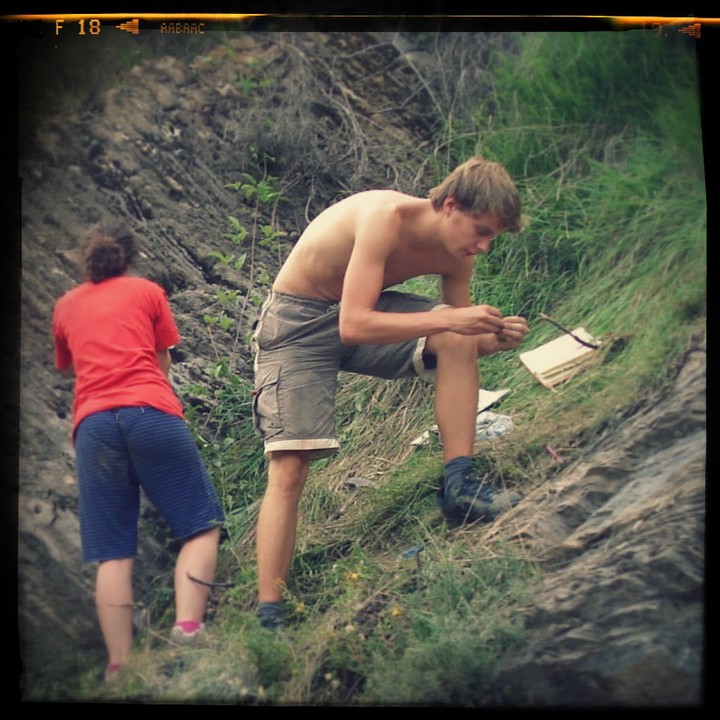 I was the supervisor of Oscar’s BSc and MSc theses. He finished his BSc, “A case study on the Zagros ophiolites and the location of the suture between Arabia and Eurasia” in 2013. Later in He finished a thesis that started about tectonic evolution of the Armorican Assamblage and ended up in a complex history of remagnetizations. During the MSc period we will analyze samples from the Pyrenees. Up to now the only student that refused to drill because he did not like it (or he was too lazy to drill, who knows). He is addicted to peanut butter, but that’s another story. My research interests include plate tectonics, paleogeogrphy and geodynamics